BISMARCK- U.S. Attorney Timothy Purdon announced today that the U.S. Attorney’s Office, the Federal Bureau of Investigation and the Bureau of Indian Affairs have concluded the investigation into the shooting death of Joel Sherman in Belcourt, N.D., on Nov. 27, 2013. The investigation determined that homicide charges are not appropriate in this matter because the individual who shot Mr. Sherman acted in self-defense.

U.S. Attorney Purdon stated, “Federal law enforcement has concluded its investigation into the shooting death of Joel Sherman. Many, many hours and law enforcement resources were dedicated to this investigation in order to determine exactly what occurred and to ensure that no additional threat to the community existed. At the U.S. Attorney’s Office, we are committed, when appropriate, to communicating the results of investigations into serious incidents like this one to the communities we serve, whether criminal charges are filed or not, so that those communities can be assured that these incidents have been taken seriously and fully investigated by federal law enforcement and the U.S. Attorney’s Office.”

The investigation revealed that, throughout the day of Nov. 26, 2013, Joel Sherman had made several statements and threats to the effect that he had a gun and was going to kill a specific individual. The individual Mr. Sherman identified as being the person he was going to kill was made aware of Mr. Sherman’s statements and threats. In the early morning hours of Nov. 27, 2013, Mr. Sherman arrived armed with a pistol at a residence in Eagle View Housing on the Turtle Mountain Reservation, where the individual he had been threatening to shoot was located and confronted. The two men argued in the residence and then exited the residence and continued the argument. The evidence uncovered in the investigation, including bullet casing locations, bullet holes, and sworn statements from several witnesses present at the scene, establishes that Mr. Sherman first fired several rounds from his pistol at the other individual and that the individual then returned fire. The return fire hit Mr. Sherman, resulting in his death. 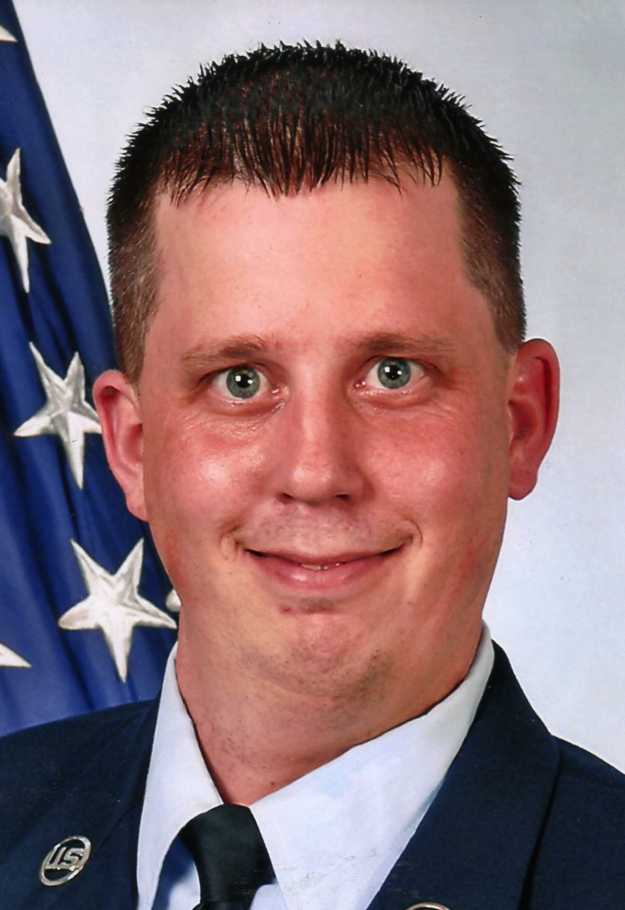 GRAND FORKS, N.D. — The military has revealed more about the fatal shooting of an airman by Grand Forks Air Force Base security in July.

Tech. Sgt. Matthew Hullman, 36, was drunk and confronting military police with a handgun when he was killed, according to Linda Card, a spokeswoman with the Air Force’s Office of Special Investigation.

“Hullman threatened to shoot himself as he held the gun to his own head in front of witnesses before police arrived,” she said. “He didn’t fire any shots at anyone, but he did point the weapon at law enforcement officials and threatened them when they arrived. He refused to put his weapon down after being told numerous times by the law enforcement officials to do so … before he was fatally shot by a base security policeman.”

Jack Sjol, 58, a long-time Williston resident who had been missing since April 24, was found dead in rural Williams County on Tuesday, May 14, 2013, a victim of foul play….

Six people are facing charges in the death of Sjol, 58, who was reported missing from his rural Williston ranch home on April 24. His body was found on May 14 on property seven miles east of Williston. The medical examiner determined Sjol died of a gunshot wound.

Court documents indicate three men are accused of killing Sjol, two people are accused of allowing his body to be hidden at a garbage dump and a woman is accused of failing to give information to investigators. However, no information has been released about motive or how the people were connected to Sjol.

Jack Sjol was born in Minot and had lived in the Williston area for more than 30 years. He retired from his job with the city of Williston two years ago and lived on his hobby ranch. He underwent chemotherapy for colon cancer last summer but beat the disease and was in good health, Christy Sjol said.

The murder of Jack Sjol was allegedly an ordered hit by the outlaw motorcycle gang the Sons of Silence.

The man accused of the murder – Ryan Stensaker – has served time for drug crimes. But Scott can’t figure a connection between him and his brother, a man he describes as a strong North Dakota kid.

WILLISTON, N.D. (AP) – The suspect in the fatal shooting of another man outside a Williston bar over the weekend has been apprehended in Billings, Mont.

Authorities say 28-year-old Derrick Siegel, of Williston, died at a hospital after the shooting about 1 a.m. Saturday. Williston Police Detective Cory Collings said that Horvath was wanted on warrants for reckless endangerment and murder.

Fargo, ND (WDAY TV) — A judge sets bail at 1 million dollars for a Fargo man accused of murdering his wife, this after he reported her suicide just 3 days ago.

A man is behind bars for allegedly shooting his wife in the head and killing her. It all happened, late Tuesday night in, what neighbors say, is a quiet neighborhood.

He lives straight across from 3522 30th avenue south. But he wasn’t home the night before – when police where called to what they initially thought was a suicide. The call came in Tuesday night, just after 10:15 p.m.

Keith Ternes/Fargo Police Chief: “When officers arrived on the scene they discovered a deceased adult female who had appeared to had died from a gun shot wound to the head.”

40 year-old Elizabeth Ann Rogers had been fatally shot. Her husband, 46-year-old Ronald Rogers says they were fighting before his wife whipped out a handgun, firing at him.

Rogers says she missed, and he tried to recover the gun but couldn’t reach it. Then she shot herself.

Keith Ternes/ Fargo Police Chief: “We discovered several inconsistencies with Mr. Rogers’ statements. In fact, in a result of some fairly exhaustive forensic examination of the scene the investigators that were assigned to this case did some reconstruction of the scene.”

Police say evidence finds Elizabeth couldn’t have killed herself. Now, Ronald Rogers is facing a murder charge for possibly killing his own wife in what used to be a quiet neighborhood.

Officials aren’t releasing details about the killing, but neighbors and friends we talked with said Kirk was last seen the night of Tuesday, February 5th.

They tell us his body wasn’t found until the night of Thursday, February 7th.

Henning says Willis reported seeing a flash and feeling a burn after the gun was fired. Willis has a pellet lodged below his left eye.